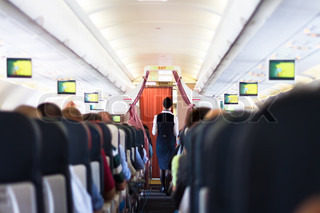 I remember the first time I ever visited Canada.  I was staying with the parents of my girlfriend, who would eventually become my wife and the mother of my kids, and reading the list of phone numbers attached to the fridge in the kitchen.  The list of names struck me.  It seemed as though every single surname came from a different country: Adourian (Armenian), Hadjis (Greek), Podbielski (Polish), Yu (Chinese), Santos (Filipino)…on and on it went, a veritable United Nations of personal contacts, polyglot and multicultural, touching almost every nation in the globe from Scotland to El Salvador.  I grew up in 1980s Britain so was used to having friends from a range of countries, but never a range this wide, this disparate.

Halfway through the flight from Istanbul to Toronto I was wandering around the plane with a baby strapped to my chest.  The other three kids were sleeping, having finally exhausted the entertainment possibilities afforded by watching Tom and Jerry cartoons and pressing the call bell to ask for apple juice.  As I strolled up and down the aisles I was struck, again, by the diverse range of nationalities on board: the Pakistani family sitting behind me, the Iranian man in front of me, the elderly Greek lady who beams at me whenever I walk past and insists on patting the head of the baby on my chest.  Two rows back, as I pass, I see an Eritrean man asking a Korean for advice on filling out the customs declaration.

I always wanted to travel.  Growing up on a small island encouraged this itch to go overseas, to find new places, to leave damp weather and EastEnders as far behind me as I could manage.  I went to Bruges, Belgium, and remember staring with bewitched fascination at the departures board in the train station; from here one could take a train to places as exotic as Copenhagen, Milan, Zurich, Paris.  The departure screen at Heathrow airport had an even more powerful effect.  I was only heading to Amsterdam but handing over some more money and heading to a different gate could see me end up in Mexico City, or Calgary, or Manila.  I found it utterly thrilling.  I still do.

Perhaps that is the real power of the modern, multicultural world: that cultures that were once separated by oceans and continents are now next-door, down the street, running the local superstore.  I find this just as thrilling.  The challenges of multiculturalism are far outweighed, in my view, by the benefits.

The plane landed.  An elderly lady, either Pakistani or Indian, was waiting quietly by the aisle as everyone filtered past.  It turned out she was waiting for someone to help her fetch her suitcase from the overhead locker.  I duly took it down and handed it to her.

“You’re welcome” I said in Urdu, and we both went our separate ways.