If you spend any amount of time in Pakistan you will be invited to a wedding.  In fact this goes for most Muslim countries.

I remember arriving in Jordan to spend a fascinating couple of weeks visiting Petra, the desert at Wadi Rum, and Roman ruins in Amman and Jerash; on our first day we were invited to a wedding by friends of the people with whom we were staying.  They put us on a bus to a town two hours away with the memorable instruction to “Get off when the bus stops and look for a guy called Mohammed.  He has a beard”.  As you can imagine, that really didn’t narrow it down very much.  We turned up at the wedding, we were warmly welcomed, we were fed roast lamb with rice and yoghurt, and halfway through an elderly relative pulled out a pistol and started firing it into the air before his family wrestled him to the ground. 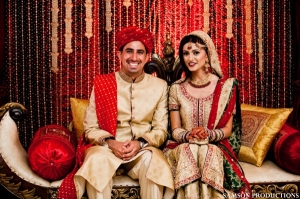 Anyway, I digress.  Getting invited to a wedding in Pakistan probably sounds like a wonderful way to learn more about the culture of the country, but in reality they are monumentally tedious and an almost complete waste of time.  Here’s what will happen:

I don’t know why South Asian weddings have come to be regarded as such vibrant explosions of colour and dancing and jollity.  For all I know that’s true in India or Sri Lanka, but around here weddings are just an exercise in tedium.  Of course you can’t ignore the invitation, though, as that would be disrespectful.  My advice?  Bring a Kindle.