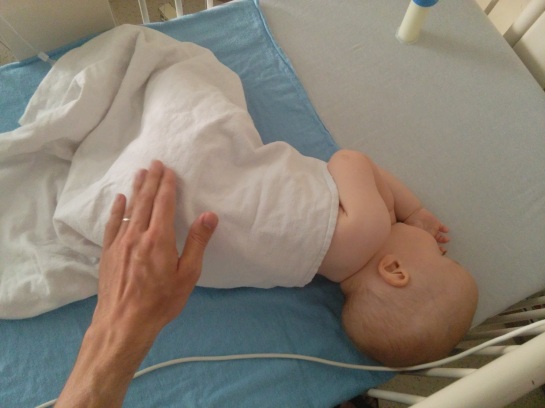 A bill arrived the other day.  I tore it open and read it.  It was straightforward enough: a single page with a figure at the bottom, for services provided by a local hospital.  When I paid it, I did so with reverence and gratitude, for the services rendered by the hospital had saved the life of my baby son.

He came down with a fever a couple of weeks ago.  It grew steadily worse and was not reduced by any medication we gave him.  Eventually we took him to hospital where he was diagnosed with meningitis of a particularly virulent strain and put on a course of IV antibiotics.  The fever came down, his mood improved, and after a week he was sent home to finish his treatment there.  The strain of meningitis which he had is close to 100% fatal if not treated.  The difference between him dying and being alive is the treatment he received, which is translated, by means of the invoice, into a precise sum of money.  The number at the bottom of the page is the price we are paying for him to be alive.

I am pro-life.  This is usually interpreted as being anti-abortion but I see it as a much broader topic than that.  I see life as a gift, as a thing of immense beauty and worth, as something given by God who, as his first act in the Bible, created life in all its variety.  Being pro-life means that I am opposed to war, to the death penalty, to deaths caused by malnutrition and dirty water, to anything which causes life to end.  Life is immensely precious and ought to be protected.  That goes for my son – clearly, I am particularly keen to keep him alive – but it also goes for every human being on the planet.

And yet, at the same time, Christians are encouraged to hold their lives lightly.  Our earthly existence is, in a theological context, a temporary affair, a brief interlude, a half-hour spent in the waiting room of eternity.  We cling onto it with such tenacity, so desperate are we to rage against the dying of the light, and yet the Bible constantly tells us to put God first and our own lives second, if at all.  “To live is Christ, to die is gain”, as Paul puts it.

I paid the bill with gladness and gratitude.  I would pay it again, a hundred times over, for a chance to cuddle my son, to see him clap, to hear him gurgle with laughter.  And yet a deeper joy awaits, one day, somewhere down the road, in a place where sickness is defeated and where the only tears are ones of joy.