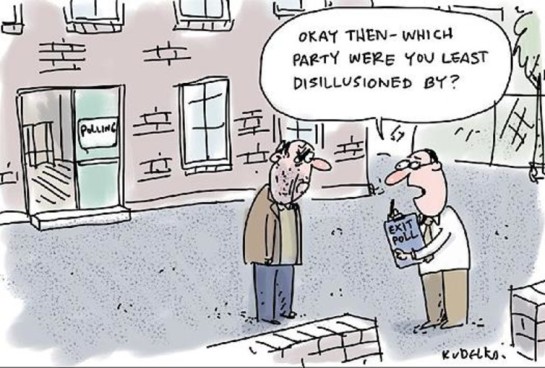 I think I can remember precisely when I fell in love with America.  I was driving on a highway somewhere in that enormous country of yours when I noticed small signs at intervals along the side of the road.  Each sign bore the name of a particular group which had sponsored that section of road – the local chamber of commerce, the boy scouts from a nearby town, a group of veterans.  At first I found that odd.  In the UK the government would take responsibility for the roads rather than leaving it to citizens to tidy and maintain the highway – but then I realised how wonderful it was that local people would take the responsibility for doing it.  It demonstrates pride, social investment in services, a sense of public spirit.

I’m really very fond of that country of yours.  You are wonderfully kind and hospitable people.  Your land possesses astonishing natural beauty.  You have produced some of the great thinkers of the world, some of the greatest politicians, some of our most cherished inventions.  America saved the world from Communism, saved Europe with the Marshall Plan, and gave us Martin Luther King, Abraham Lincoln, and The Simpsons.

Of course it isn’t an entirely rosy picture.  I cannot understand your obsession with guns – where else in the world would half the population defend the wide availability of weapons which cause 30,000 unnecessary deaths a year?  Nor, as a Christian, do I appreciate your invention of the mega-church and the celebrity pastors, who all too frequently bear as much resemblance to the humble Prince of Peace as I do to an armadillo.  And then let’s not forget that it was Americans who put cheese into a spray can, a crime which surely ought to have involved the International Criminal Court at some point.

So it is with sadness that I look upon the mess you seem to have brought upon your own heads.  At first this increasingly bitter election campaign made me feel angry – how dare Donald Trump speak like that; how dare Hillary get away with being so duplicitous – but now I just feel sad.  Whether one or the other wins, almost exactly half the country will be seething with rage.  Whoever wins, everyone seems likely to lose.  How did it come to this?  How did the nation of Benjamin Franklin, Martin Luther King, Rosa Parks and Thomas Jefferson descend to such a level of crudeness and vituperation?  What was once intelligent debate has turned into insult.  What was once public discourse has turned into slander and abuse.  At one point two candidates for the most powerful job in the world were arguing over ther size of their genitals.  I hate to think what George Washington would have made of it all.

Somebody will win this election, but that is not the point.  It is what comes after the election result that concerns me.  Where do you go from here?  What comes next?  More division?  More political insult and division?  More cynicism from people angry – justifiably so – at the self-serving, squabbling élites who refuse to utter a single word unless it has been weighted, fine-tuned, and presented to a focus group in order to maximise its impact?  Or will you look back at 2016 as the moment you came close to the edge – and changed your nation for the better?

The system is broken.  Everyone says it.  I think so, too.  The two-party system naturally leads to separation and an entrenchment of dogmatic belief.  Politicians have become adept at spin, at the cynical manipulation of truth to fit their own ends.  Small wonder nobody wants to trust a politician.

But here’s the thing: you and I are part of the system.  We are, all of us, a part of society.  We are involved.  We can change it.  Ordinary people can change it.  That is what has always happened.  Did Lincoln throw his hands in the air at the evils of slavery and blame the system?  Did Dr. King sit in an office moaning about civil rights?  Did Eleanor Roosevelt resort to writing newspaper columns criticising the lack of cooperation between the nations of the world?  It is not enough to complain about the bad things in the world; we have an obligation as conscientious humans to improve them.

You chaps have always been good at that.  The Berlin Wall was bad; you managed to have it knocked down.  The world was not enough; you sent men to walk on the moon.  Slavery was bad; you fought a war to end it.  The situation which faces you is bad too.  So stop bitching and do something positive about it.  That, surely, is the American Way.

Most of the rest of the world wishes you well.  I certainly do.  Although seriously, cheese in a spray can?  What were you thinking?